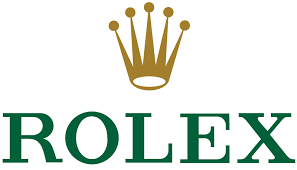 Rolex’s watches have been attractive to adventurers and enthusiasts of extreme sports for almost a century.  In 1927 British swimmer Mercedes Gleitze crossed the British Channel wearing the revolutionary Rolex Oyster timepiece on her wrist.  In 1953 Edmund Hillary and Sherpa Tenzing Norgay became the first people in history to reach the summit of Mount Everest; Hillary calculated precisely the right time to depart using his trusty Rolex.
Rolex first became interested in yachting in the late 1950s when it began sponsoring the US defenders of the America’s Cup and subsequently extended its support to the qualifiers.  1973 saw the first St. Thomas International Rolex Regatta (in the US Virgin Islands) while the following decade Rolex began supporting the development of a veritable Mediterranean yachting season with international offshore races.
Rolex’s yachting program is based on its partnership with the world’s most prestigious yacht clubs:  the Yacht Club Italiano, the New York Yacht Club,  the Yacht Club Costa Smeralda, the Royal Hong Kong Yacht Club and the Royal Yacht Squadron.
Rolex’s calendar of internationally famous events includes offshore races, classic regattas and class world championships:  Giraglia Rolex Cup, Rolex Fastnet Race, Rolex Sydney Hobart, Rolex Middle Sea Race, Rolex Swan Cup, Rolex Farr 40 Worlds, Maxi Yacht Rolex Cup.
In its almost 20-year partnership with the Yacht Club Italiano, Rolex has provided backing for the Giraglia Rolex Cup, the Portofino Rolex Trophy (reserved for classic wooden yachts in the J-, 12- and 8-metre classes), the Rolex MBA’s Conference & Regatta in collaboration with SDA Bocconi, and the Nave Italia community support program.

SIAD is a leading Italian chemical group specialising in industrial gases, engineering, healthcare, services and industrial goods.  SIAD was founded in Bergamo in 1927.  Over the years, the name SIAD has become synonymous with experience, tradition, and sound corporate structure, while also offering a solid guarantee of reliability and integrity.  Key values in the company’s operations include research and technological innovation, which are a core part of the group’s DNA and have always been indispensable for growth and market success.  SIAD’s main credentials include an unwavering commitment to quality, safety and environmental respect.
Over time, SIAD has succeeded in entering new geographic markets and sectors, while growing as a flexible and dynamic organisation.  The Group has been active in the industrial gas business for 85 years and also stands out on account of its track record in the engineering sector, notably the design, construction and installation of compressors, air separation units and other systems.  The SIAD Group also operates in the medical sector, in the area of both hospital and homecare, and is one of the most accredited suppliers in the Italian public and private healthcare sectors.  In addition, the Group is active in the services sector, specialising in environmental management, mass market products connected to gases and the supply of welding and tool products.
This evident diversification is also reflected geographically:  the SIAD Group is present in many countries in Europe and worldwide with production sites, commercial branches, sales offices and after sales service centres.
In addition to its industrial activities, the SIAD Group has held a longstanding commitment to supporting and promoting cultural and social initiatives and has its own internal foundation called the Fondazione Sestini.  Indeed, SIAD sees itself not as a self-contained entity but as a socially responsible enterprise interacting with the outside world and doing its utmost to give back to the community part of the value the company creates.  In line with this vision is SIAD’s long-established partnership with the Yacht Club Italiano:  in addition to being the Official Sponsor of the classic Bombola d’Oro SIAD Trophy for Dinghies, for more than a decade SIAD has been the Institutional Sponsor of the Yacht Club Italiano and the Scuola di Mare Beppe Croce for young sailing enthusiasts.  Last but not least, since 2007 the chemical group has been the Partner and Promoter of Merit for the non-profit organisation Fondazione Tender to Nave Italia, which fosters maritime culture as a means of education, rehabilitation, social inclusion and therapy.